What Is “Blue Green Dream”

Climate changes, extreme weather events are becoming more and more common in cities around the world. These conditions are becoming a serious threat to human life and to the urban environment. More than 50% of the world’s population lives in urban areas, and to 2030 is expected that this percentage will be 60%, and by 2050 as much as 70%.

Regions by the Central and Eastern Europe are not spared of such climatic conditions. The risk of natural disasters, in addition is increasing with population growth and uncontrolled urbanization. Poor environmental conditions are often associated with socioeconomic problems (unemployment, poverty, various forms of crime).

So it all comes to the conclusion that urban adaptation to new climate change becomes necessary.

A new approach to this problem (which does not consider the situation in isolation) but offers alternative solutions is supported by the European Institute for Technology Innovation called Blue Green Dream.

This model of Blue Green Dream calls for rethinking of the existing ways of planning, design, construction, management.

Connection of conventional and recycled urban water resources (blue), with the infrastructure that is based on vegetation (green), through the connection with urban ecosystems. 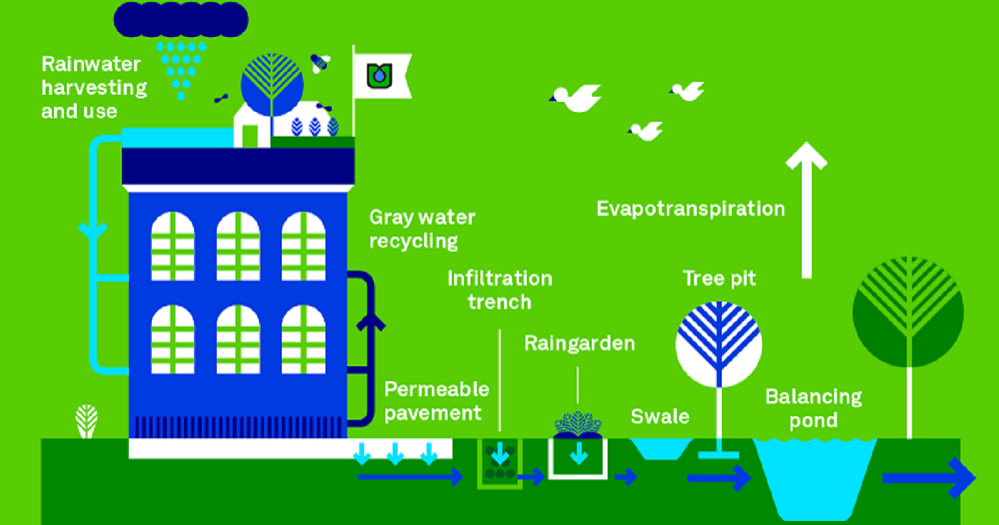 This new approach will increase the synergy of urban blues and greens of the system to provide more efficient blue and green option (to support urban adaptation to future climate change).

Expected benefits of these solutions are:

– The reduction of air pollution, noise and energy conditions

– Alleviation of extreme heat and the effect of urban heat island

– Improving the biodiversity and quality of life

At the beginning of this integrated approach is beginning to be tested in selected locations (Berlin, London, Paris, Rotterdam) in order to show the benefits of blue-green concept. After three years of development project enters the implementation, and planning and design of the model will be constantly upgraded / integrated in order to ensure efficiency and cost savings.

For better understanding of this concept I will mention some of the tools that are included in the implementation:

Simulation of urban water tool – simulates the effects of blue-green solutions at the household level, forecasting savings of water in different urban scenarios, the effect of rainfall on the green roofs.

Each of these tools is followed by software solutions … more you can read on the official website of the blue-green dream.

Profit from these tools will be multiple:

– The possibility of formation of adaptation measures that are favorable for topography, climate, urban appearance of specific locations 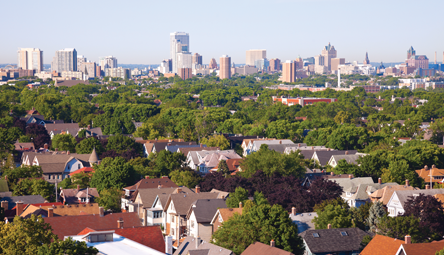 The concept of blue green dream made it about 13 experimental sites where testing / examining green roofs in different hydrological conditions. Locations are equipped with monitoring equipment that monitors the hydrological behavior of the roof with sensors that collect data distribution of rainfall, water content, temperature, swelling … The ultimate goal is to understand the interaction between water and green infrastructure along.

The full effects of blue green concept planning will be seen only in the future. The system modeling will certainly have an impact on future strategic planning at national, regional, city level as well as in architectural and landscape spatial planning of urban areas (from general to specific projects).