What is the best option of solar technology for your home or farm?

Solar energy is simply energy that comes from the sun. Today there are already developed many ways of utilizing this inexhaustible energy, where that energy turns into another kind of energy that we have long know how to use – electricity or heating (or both). These technologies for using solar energy are ranging from simple systems for hot water for a home, to systems that can provide electricity to hundreds of thousands of homes.

Besides the well-known solar collectors for hot water, here are a few other types of solar technologies. 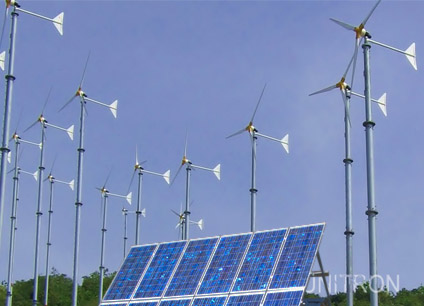 “hybrid power” means a combination of some kind of renewable energy such as solar, wind or geothermal and traditional energy sources. There are many examples of this method of obtaining energy, especially for off-grid home systems.

For example, you can easily combine photovoltaic panels with a diesel engine to power a house, holiday home or farm. If you do your own fuel for your aggregate from materials that you have on the farm, such as biodiesel or biogas, your energy savings will be even greater. Of course, the hybrid system can be a combination of two or more renewable energy technologies. Such a good combination which is often used is hybrid system of photovoltaic, mini windmill and / or hot water collector. 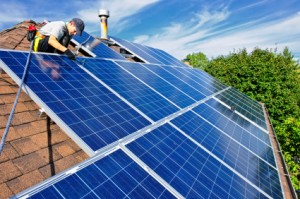 At one time it was very expensive even thinking to install a system of photovoltaic cells, but the story is a bit different today, thanks primarily to the Chinese (and who else if not they …). In fact, even the United States, which until recently held the primacy of manufacturing photovoltaics, now are flooded with cheap and relatively good quality solar panels from Chinese origin.

Because of cheap labor, solar panels today are more accessible to ordinary people than ever before. On the other hand, scientists from the west now develop better and more efficient cells from organic materials, new exotic alloys, quantum dots, nano-wires, and thin layer almost transparent solar cell that can be mounted on the facade of the building and generate electricity.

With a well-designed and engineered system, a house can be completely independent of the power grid. 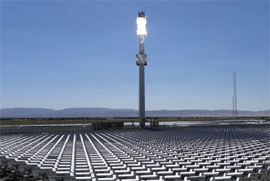 A good example is the solar cooker, as well as similar ways of cooking using concentrated solar energy. Another application can be found to heat the house (or at least part of it). Namely, if you want to heat a room that is oriented to the north, just in the yard set up a mirror or any reflective object (can be handmade) and point to the room you want to heat and illuminate.