Scientists at the University of California at Los Angeles (UCLA) have created a great new transparent solar powered cell from which are able to make solar panels that could be placed on houses and buildings in contrast to windows. These solar panels would have generated electricity, but yet people can look out and get sufficient light into the home. 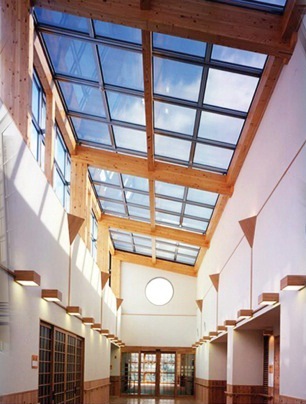 The team of UCLA confirmed that the solar cell obtained from photosensitive polymer (plastic) produces energy by absorption primarily of infrared light rather than just visible light, that’s why it’s 70% obvious to the human eye.

These achievements produce a ability for development of a completely transparent polymer solar cell that could be applied to portable digital instruments, such as \”smart\” windows, photovoltaic incorporated into buildings along with other applications – said group leader Yang Yang, a professor of materials science at UCLA.

He added that world wide there is great interest in so-called polymer solar cells, most especially when their material is adjustable and easier, and most importantly, could be generated in big quantities for a economical price.

Polymeric solar cells invite great interest due to their many benefits over other technologies for the production of cells that would have cashed solar energy into electricity. Scientists are particularly interested in them possibly the most because of their opportunity to generate extremely transparent cells, which will have large practical application.

Previously there has also been made tries to create the transparent or half transparent polymer solar cells. Nevertheless these early attempts were unproductive due to the reason that the transparency or the panel was not big enough or he had a small effectivity of transformation of solar energy into electricity, or both together, primarily because of lack of good materials for making the cell, and the conductors.

But a team of researchers from the Institute for nano-systems at the Faculty of Engineering and applied science departments of chemistry and biochemistry, all of UCLA, created a high-efficiency, transparent solar cell using photosensitive polymer that responds to infrared light and use of composite layers of silver nano-wires for making the top transparent electrode. 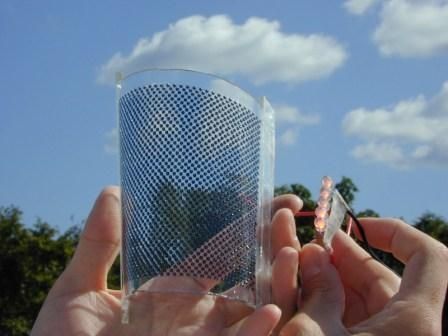 Infrared photo-active polymer absorbs the most of the light around the infrared part of the spectrum, but is less sensitive to visible light, which achieves a balance in performance of the cell and its permeability to visible light.

Further progress has been achieved by creating a transparent conductor that is made of a mixture of silver nano-wires and nano-particles from titanium dioxide, with which are replaced opaque wires that were used previously. This allows easy and cost effective production of solar panels that have an efficiency of 4% which for the polymer panels is quite good.